Photographic prints relating to the Zuiderzee land reclamation works in The Netherlands. The photographs chart the various stages of the project and include some maps of the Zuiderzee and the resulting reclaimed polders. The prints are credited to J.J. Stuvel, Cas Oorthuys, KLM Aercoarto, and other Dutch press agency photographers.

This record is part of the list of all the missions preached by the Passionist Fathers in St. Patricks Province (Ireland and Scotland), from 1927 up until 1965. It is just an electronic list with no physical counterpart. It has been made available to aid research into the Passionists. 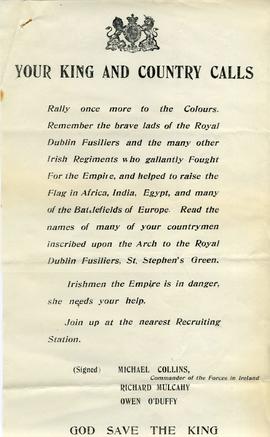 A handbill in the form of an ironic attack on the Free State leaders. This Anti-Oath flyer quotes the articles in the Free State constitution which refer to allegiance to ‘the King’ and refers to Kevin O’Higgins’ support for them.

Young Christian Workers: Jocism: photocopy of an offcut of an article by Declan O'Sullivan, C,P., in "The Irish Catholic" entitled "Jocism in Ireland: the Belfast Experience". It is a report by Declan on the first eighteen months experience in establishing a section (i.e. local branch) of the Young Christain Workers (YCW or JOC - Juventum Operaia Christiana) in Belfast. This is a very poor photocopy. 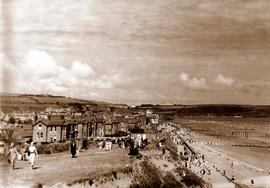 A view of the beachfront at Youghal in County Cork in about 1950. 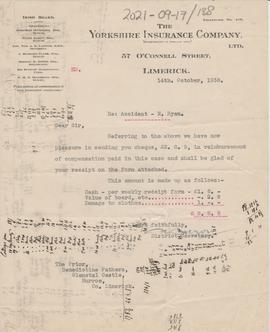 Cheque sent from Yorkshire insurance company. In reference to damage to clothes. Addressed to the Prior. 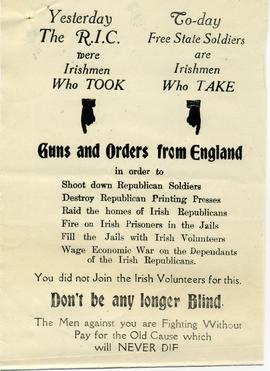 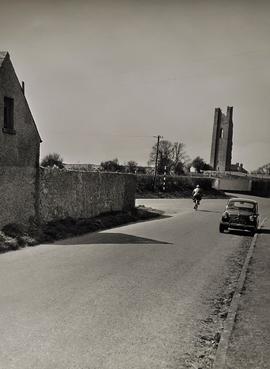 A view of the Yellow Steeple (formerly the bell tower of St. Mary's Abbey), a well-known landmark in Trim in County Meath.