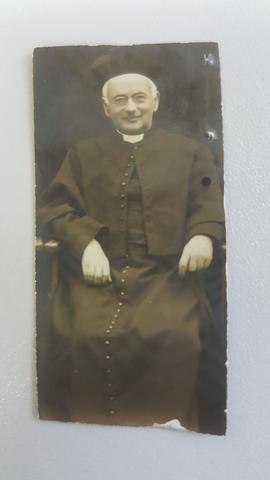 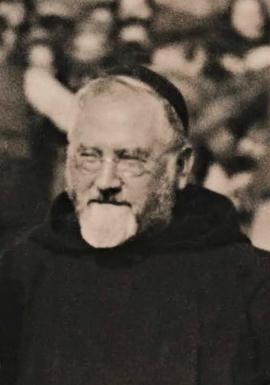 Michael Walsh was born in County Kilkenny on 29 July 1881. He joined the Capuchin Franciscan Order in September 1898 and took Edward as his religious name. Following the completion of his philosophy and theological studies, he was ordained a priest in March 1907. He was assigned to the new Capuchin mission in the Western United States in late 1911. His initial appointment was assistant pastor to St. Joseph’s Parish in Roseburg in Oregon. He served as assistant pastor from January 1912 to February 1913 and was thereafter pastor in the same location until 1919. During this time the friars actively sought an additional foundation which came to the fruition when they were assigned the Sacred Heart Parish in the Diocese of Lincoln in Nebraska. Fr. Edward served as pastor (with Fr. Ferdinand Glenny OFM Cap. acting as his assistant) in Lincoln from 1919 to 1923. He remained active in parish ministry and missionary work until he returned to the Irish Capuchin Province in 1923. In 1928 he was elected Provincial Definitor (Councillor) and served as Custos General from 1934 to 1937. He served as guardian (local superior) of Holy Trinity Friary in Cork and served two terms in the same position in the Church Street Capuchin Friary in Dublin. He died in Dublin on 23 May 1961 and was buried in Glasnevin Cemetery. 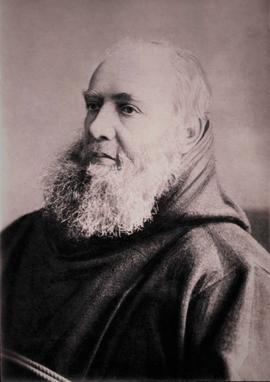 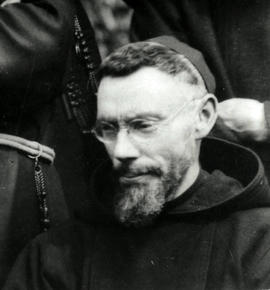 William Patrick Travers was born into a prominent Cork family on 20 Mar. 1870. The family were devoutly Catholic. His elder brother, John, was also a Capuchin friar and took the religious name of Anthony; another brother became an Augustinian friar whilst a sister became an Ursuline nun. William joined the Capuchin Franciscan Order in 1887, took the religious name of Aloysius, and was ordained a priest in 1894. From his earliest years, Fr. Aloysius took a keen interest in promoting the work of the temperance movement. He was appointed President of the Father Mathew Hall, Dublin, and held this position from 1904-13. During his years as President, he used the Hall for the promotion of temperance and as a recreational venue for the members of the Sacred Heart Sodality. To further support the ideals of temperance and to revitalise interest in Irish culture, he founded 'The Father Mathew Record' which began publication in January 1908. The year before, he had inaugurated the Féis Maitiu which promoted Gaelic cultural revivalist activities such as storytelling and festivals of native song and dance. Fr. Aloysius also used the pages of the 'Record' to strongly promote a ‘Buy Irish Campaign’. About this time, he also established the League of Young Irish Crusaders. Like many of the Capuchin friars of the Dublin community, Fr. Aloysius was involved in ministering to the Rising leaders during their imprisonment and was present at the execution of James Connolly in Kilmainham Jail on 12 May 1916. He later championed the cause of various labour leaders in Dublin. It has also been speculated that Fr. Aloysius undertook a secret mission to Pope Benedict XV in connection with the Irish struggle. He was elected seven times to the office of Provincial Definitor (Councillor) and was Provincial Minister of the Irish Capuchins from 1913-6. In his later years, he became an enthusiastic member of the Legion of Mary and published numerous devotional tracts including a popular prayer book, 'The Voice of the Church', 'The Seraphic Standard' and 'ĺosa Mo Mhian'. He died on 2 May 1957 at the Capuchin Friary, Church Street, Dublin. He was 89 years old and was a Capuchin friar for almost 69 of these years. He was buried in Glasnevin Cemetery. 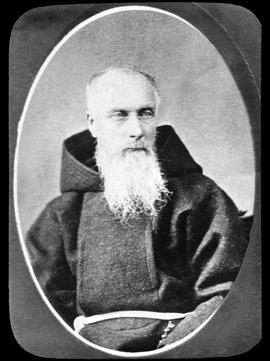 James Tommins was born in Dublin on 29 March 1812. Often, when recounting the difficult conditions in pre-emancipation Ireland, he would tell his younger fellow-friars: ‘You were born free. I was born a slave’. As a youth he was apprenticed to a haberdasher, or, more specifically, a button-manufacturer. He frequently attended religious services at the Capuchin chapel on Church Street. In his late thirties, Tommins expressed a desire to become a Capuchin friar. He went to night school to gain the necessary knowledge of the classics, and, by assiduous study, he soon reached the standard required for the novitiate. Then, in 1849, at the age of 42, he was sent to Bruges, in Belgium, for his novitiate and studies. Having taken Edward as his religious name, he was noted for his strict obedience and generous self-sacrifice, which, together with his profound humility, won him the esteem of the Capuchin community in Belgium, and secured his admission to profession. With the successful completion of his studies and having been ordained priest in 1856 by Jean-Baptiste Malou (1809-1864), Bishop of Bruges, he returned to Ireland. The following year Fr. Theobald Matthew OSFC, then Commissary-General, assigned him to Kilkenny. Except for a short period during which he was guardian (local superior) in Cork in 1861, Fr. Tommins spent his entire priestly life in Kilkenny, most of the time as guardian of a small fraternity of two or three friars. He prepared the way for the establishment of a Capuchin novitiate in Ireland; and, at a later period was appointed Commissary-General. On 23 January 1861, Fr. Edward called a meeting of the people of Kilkenny to arrange for the furnishing of the friary church. The meeting was presided over by the Mayor, Thomas Power, and it was agreed to engage Mr. McCarthy, architect, to oversee the improvements to the church, including the installation of the high altar. Once the church was completed, Fr. Tommins was also responsible for the purchase of the garden as far as Pennyfeather Lane. He also gave occasional missions and retreats notably in Castlecomer, Clough and Urlingford. With a shortage of Capuchin priests in the Irish Province, he sometimes said one Mass in Dublin on a Sunday morning; and then took the train to Kilkenny to say a second Mass there. He was also responsible for the inauguration of the Third Order of St. Francis lay confraternity in Cork in about 1866. Of the first six men he recruited as tertiaries, two joined the Capuchins: Br. Joseph O Mahony OSFC (d. 1902) and Br. Felix Harte OSFC (d. 1935). Fr. Tommins was also one of the first to take the pledge when Bishop (later Cardinal) Francis Moran, founded the Total Abstinence Sodality in Kilkenny. He died at the Capuchin Friary on Walkin Street in Kilkenny on 29 July 1889 and was afforded an elaborate public funeral. He was laid to rest in a tomb adjoining the northern aisle of St. Francis Capuchin Church in Kilkenny. 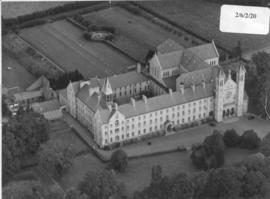 The Sisters of St. Joseph Chambery arrived in Wales from India in 1939. In 1958 they founded a house in Dublin at the invitation of Archbishop John Charles McQuaid.
This is the current site of St. Josephs hospital, Raheny. They sold this hospital in 1997, but still maintain a convent on the same site.

In 1977 they also bought a house for the purposes of supporting a novitiate, but sold this in 2005. 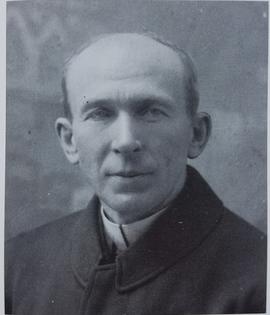