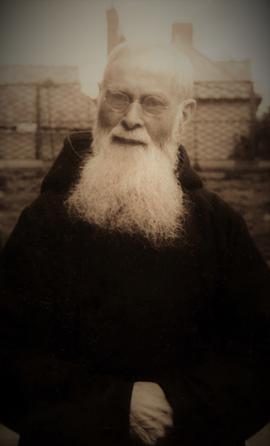 Michael Cronin was born in Cork in January 1849. He was received into the Capuchin Order at Rochestown in County Cork on 30 July 1882. He took Leo as his religious name upon joining the Order. He was solemnly professed as a Capuchin friar in August 1887. For the following sixty-seven years he fulfilled the ordinary duties of a lay brother in most of the houses of the Irish Capuchin Province. He was particularly known as a Brother Questor in Dublin, seeking alms and donations for the poor. Following several years of ill-health, he died in the Capuchin Friary on Church Street in Dublin on 23 October 1949. He was buried in Glasnevin Cemetery. 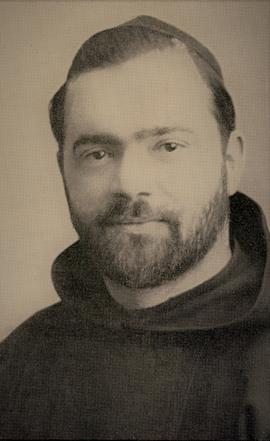 James Crowley was born in Ringaskiddy in County Cork on 8 June 1904. He attended national schools in Ringaskiddy and in Haulbowline and from 1917 to 1920 he continued his education at the Christian Brothers’ College in Cork city. He transferred to the Seraphic College in Rochestown in County Cork in 1920. He joined the Capuchin Franciscan Order in September 1921. After his first profession, he attended University College Cork from 1922 to 1925. In 1926 he was sent to Rome for further studies at the Gregorian University obtaining a Doctorate in Divinity in 1930. While in Rome he was ordained to the priesthood on 29 July 1928. Following his return to Ireland, he ministered in the Kilkenny Friary from 1930 to 1932. He was then transferred to the Western American mission custody. His first assignment was in St. Francis of Assisi Parish in Bend, Oregon. He was soon assigned to St. Mary’s Parish in Ukiah, California, and he remained here until 1934 when he was asked to take up a position in the newly established Irish Capuchin mission in Barotseland in Northern Rhodesia (later Zambia). He served as a consultor to the Regular Superior of the African Mission and was later appointed to a pastoral position in the Archdiocese of Cape Town in South Africa. He returned to Ireland in 1967. He briefly returned to the African continent in the 1970s and took up a teaching post in a Capuchin seminary located in Asmara, Ethiopia. The last ten years of his life were spent in the Church Street Friary in Dublin. He died on 29 February 1984 and was buried in Glasnevin Cemetery in Dublin. 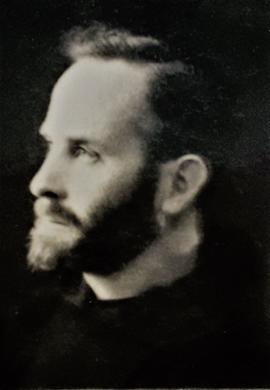 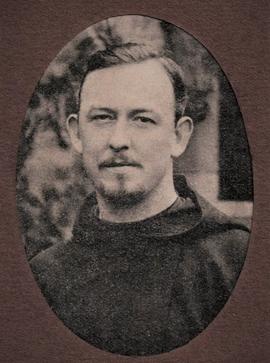 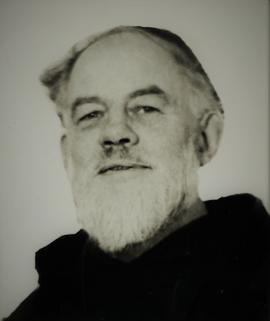 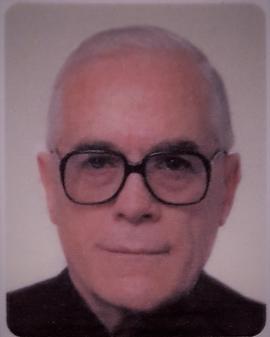 Eugene Daly was born in Bantry in County Cork on 7 March 1918. He joined the Capuchin Franciscans in October 1939 and took Eltin as his religious name. He completed his BA and MA in University College Cork and was ordained to the priesthood in Ard Mhuire Capuchin Friary in County Donegal by Bishop William MacNeely on 27 May 1948. He obtained a Higher Diploma in Education at London University in 1949 and shortly afterwards set out for the mission in Northern Rhodesia (later Zambia). He took charge of the Teacher Training College in Lukulu for seven years. In 1956 he moved the western outpost at Sihole for a further six years (until 1962), where he advanced his mastery of the local Lozi language. For four years (1962-6) he was at Maramba near Livingstone. During this time he compiled an original translation of the liturgical texts into Lozi following the adoption of the vernacular (after the Second Vatican Council). And all the while he maintained a keen interest in catechetical matters. In 1966 Fr. Eltin left Africa and made his way to Oxford in England. He was appointed to run a chaplaincy service to Irish emigrants and travellers residing in Britain. He worked out of a house on Leopold Street in Oxford while involved in his ministry to Irish travellers and emigrants. He died in London on 12 November 2002 and was buried in Kensal Green Cemetery in North Kensington in the British capital.

Seamus Dempsey was born in Nenagh in County Tipperary on 14 September 1914. He joined the Capuchin Franciscans in October 1932 and took Peter as his religious name. His early education was in Roscrea College before taking degree courses in philosophy in University College Cork. He was ordained to the priesthood at Ard Mhuire Friary in County Donegal in September 1939. He spent the war years in Rome studying theology and scripture and obtained a Licentiate in Sacred Scripture (1943) and a Doctorate in Sacred Theology (1944). He took his PhD from the University of Montreal in Canada in 1950. He published widely about psychology. In 1950 he published ‘The Psychology of Sarte’. This was followed two years later by ‘Psychology for All’ which was translated into French, Italian, Spanish, and Japanese. In 1957 he published ‘Freud, Psychoanalysis and Catholicism’ in Oxford which went into French, Italian and Spanish editions. One of his principal interests was the use of psychology in industrial relations and he gave lectures on this subject to the Irish Management Institute, trade union organisations and to students in Queen’s University, Belfast, and in various academic institutes in Europe and in North America. He was a full-time member of staff in University College Cork for thirty-one years and founded the Chair of Applied Psychology, a position he held until his retirement in 1982. He died in Cork on 21 February 2004 and was buried in the cemetery attached to the Capuchin Friary in Rochestown. 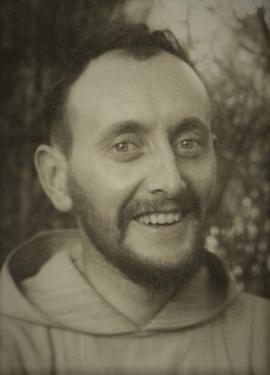