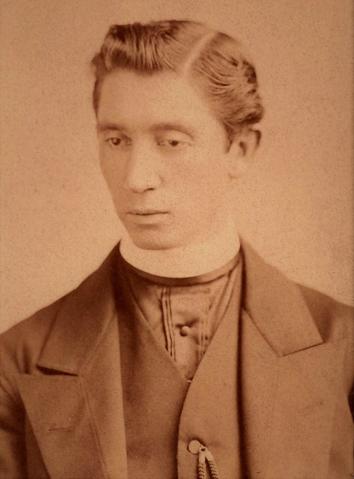 William Corrigan was born in Dublin on 25 April 1835. He was received into the Capuchin Order in Italy in 1854 as at this time there existed no novitiate for the training of friars in Ireland. He took Salvator Maria as his religious name upon joining the Order. He was ordained a priest in Bologna on 23 April 1859. He returned to Ireland soon afterwards and ministered in Dublin and Cork until 1867. His time in Dublin was marked by a vigorous campaign to secure funds for the construction of St. Mary of the Angels on Church Street. He became a well-known figure in Smithfield Market, appealing to local traders and sellers for funds to aid the completion of the new Gothic-style church. He also travelled to England and Scotland in search of contributions. In 1868 he was sent to the United States to collect money to defray the enormous debt incurred in building the church. He spent approximately seven years traversing America raising funds. He returned to Dublin in 1875 and resumed his ministry in the Church Street Friary. He was present in Dublin when Fr. Gil de Cortona OSFC, General Minister of the Capuchin Order, came to Ireland on visitation in 1876. Having some knowledge of Italian, Corrigan accompanied the Minister General as an interpreter as he travelled around Ireland to visit the various Capuchin foundations. In 1884 Corrigan volunteered for missionary work in the diocese of Allahabad in India. Seemingly a popular cleric, musicians from St. James’s Brass Band played before a large crowd from St. Michan’s Parish who had gathered at North Wall as he left for the Indian subcontinent. Failing health and the harsh climate forced him to return to Ireland just two years later. He remained a member of the Church Street community in Dublin until his death on 6 October 1919. He was buried in Glasnevin Cemetery.