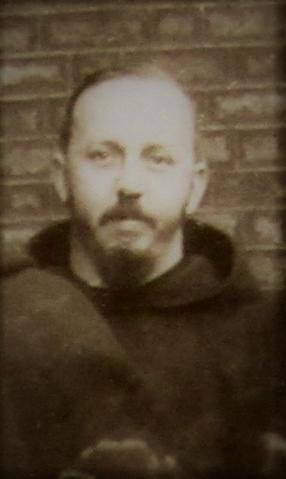 Daniel Murphy was born on 17 June 1881 in Cork. He was baptised in St. Finbarr’s Church on 19 June 1881. His parents were James and Sarah Murphy (née Flynn) of Ethelville, Western Road, Cork. He was a student of Presentation College and later Rochestown College in Cork. He applied for entrance to the Capuchin novitiate in August 1898 taking the religious name of Columbus. He was ordained a priest in 1906. He subsequently studied at the Catholic University of Louvain and obtained a Bachelor of Divinity in 1909. His life as a friar was mostly devoted to missionary and retreat work. At the outbreak of the 1916 Rising Fr. Columbus was a member of the Church Street community in Dublin. He would go on to play an important role in bringing about a cessation of hostilities. The day after the surrender of the Four Courts garrison on 29 April there was still confusion in North King Street and in other locations as to whether this was a truce or a complete surrender. To clarify, Fr. Columbus went to the Four Courts to retrieve Patrick Pearse’s note which had led to the surrender of Commandant Edward Daly. He later negotiated with the British military to arrange a personal meeting with Pearse in Arbour Hill and brought a copy of his surrender order to Commandant Patrick Holohan at North Brunswick Street. Between 30 April and 4 May Fr. Columbus was called upon to minister to prisoners in Kilmainham Jail prior to their executions. He later compiled a memoir recording his experiences of ministering to various rebel leaders awaiting their court martials and sentencing (IE CA IR-1-2-6). Fr. Columbus later acted as President of Father Mathew Hall, Church Street, Dublin, from 1925-8. He died on 20 February 1962.

See ‘My experiences in the 1916 Rising by Father Columbus OSFC’. https://catholicarchives.ie/index.php/my-experiences-in-the-1916-rising-by-father-columbus-osfc