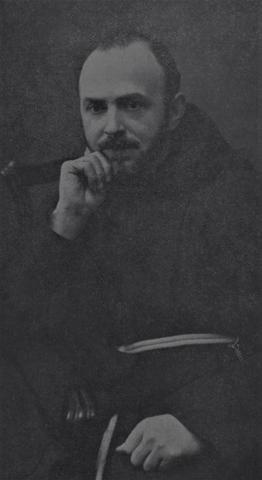 Edward Bourke was born in Kilkenny city on 27 February 1890. He studied at the Seraphic College in Rochestown, County Cork, and joined the Capuchin Franciscan Order in 1906 taking Canice as his religious name. He was ordained to the priesthood in August 1906. He earned a BA degree from University College Cork in 1911. He was appointed guardian (local superior) of Holy Trinity Friary in Cork in 1933. He also served as superior of St. Bonaventure’s Hostel in Cork in 1946 and was instrumental in establishing the Capuchin House of Studies in Raheny in Dublin in the late 1940s. He was elected Provincial Definitor (Councillor) on several occasions. He returned to his native Kilkenny in 1959. Fr. Canice spent much of his ministry giving missions and retreats and was well known for his effective and energetic preaching. For many years, he served as Commissary Provincial of the Third Order of St. Francis confraternity. A fluent Irish speaker, he was also the author of several devotional texts including ‘Mary / A study of the Mother of God’ (1936), ‘Humility / the foundation of spiritual life’ (1951), and ‘Mary’s Rosary / Its devout recital’ (1960). He died in Dublin on 2 October 1969 and was buried on the Feast of St. Francis (4 October) in Glasnevin Cemetery.