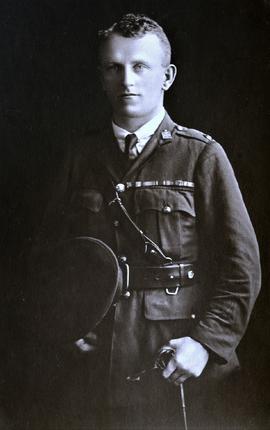 John Connolly was born in Bagenalstown in County Carlow in 1875. He joined the Capuchin Franciscans at Rochestown Friary in County Cork in February 1892. He took Clement as his religious name upon joining the Order. He was ordained on 7 February 1902. He spent the early years of his priesthood teaching at Rochestown College before moving to Kilkenny and later to Holy Trinity Friary in Cork. For some years he was principally engaged in preaching missions and retreats throughout the country and in 1910 he was formally assigned to the missionary staff of the Irish Capuchin Province. Following the Provincial Chapter of 1922, he was assigned to the United States mission. He served initially in the Church of the Immaculate Heart of Mary in Abbottstown, Pennsylvania, before moving to the west coast. He returned to Ireland in July 1925. On his return, he was assigned to the Capuchin community residing on Church Street in Dublin. He was appointed Vicar of Holy Trinity Friary in Cork in 1933 and was reappointed to that office after the Provincial Chapter of 1934. He continued to reside in Cork until his death on 20 April 1963. He was buried in the cemetery adjoining the Capuchin Friary in Rochestown, County Cork. 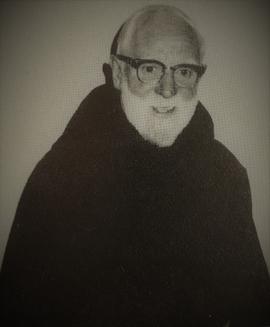 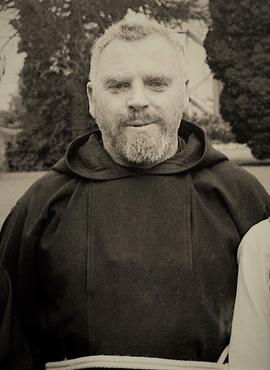 Denis Corkery was born in Ballyvourney in County Cork on 6 April 1914. He received his early education in Ballyvourney National School and subsequently, attended Rochestown Seraphic College (1929-32) in County Cork. He was received into the Capuchin Order in October 1932 and took Fiacre as his religious name. He made his solemn profession on 4 October 1936 and was ordained to the priesthood on 14 June 1942. He obtained a Bachelor of Arts from University College Cork (UCC) in 1936 and graduated with a Master of Arts in 1937. Four years of theological studies followed in Ard Mhuire Friary in County Donegal, after which he returned to UCC to obtain a Doctorate in Philosophy in 1944. He then went to the International Capuchin College in Rome and studied at the Pontifical Gregorian University where he received a Licentiate of Sacred Theology (STL) in 1947. On his return to Ireland, he was appointed a lector in theology in Ard Mhuire. He spent three years in the Church Street community in Dublin from 1958 to 1961 after which he was transferred to the Capuchin house in Raheny where he spent the remainder of his life. During this time, he was engaged in pastoral work giving retreats and missions (especially retreats to religious), hearing confessions, preaching and general friary duty. Fluent in both Irish and French, he contributed several articles to various publications and was a frequent contributor to ‘The Father Mathew Record’ (later ‘Eirigh’). He died in Raheny on 15 November 1997 and was buried in the Capuchin plot in Glasnevin Cemetery. 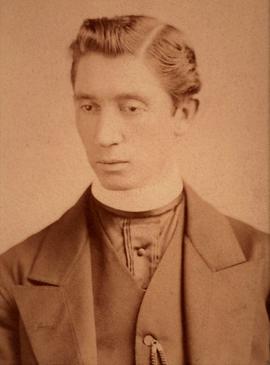 William Corrigan was born in Dublin on 25 April 1835. He was received into the Capuchin Order in Italy in 1854 as at this time there existed no novitiate for the training of friars in Ireland. He took Salvator Maria as his religious name upon joining the Order. He was ordained a priest in Bologna on 23 April 1859. He returned to Ireland soon afterwards and ministered in Dublin and Cork until 1867. His time in Dublin was marked by a vigorous campaign to secure funds for the construction of St. Mary of the Angels on Church Street. He became a well-known figure in Smithfield Market, appealing to local traders and sellers for funds to aid the completion of the new Gothic-style church. He also travelled to England and Scotland in search of contributions. In 1868 he was sent to the United States to collect money to defray the enormous debt incurred in building the church. He spent approximately seven years traversing America raising funds. He returned to Dublin in 1875 and resumed his ministry in the Church Street Friary. He was present in Dublin when Fr. Gil de Cortona OSFC, General Minister of the Capuchin Order, came to Ireland on visitation in 1876. Having some knowledge of Italian, Corrigan accompanied the Minister General as an interpreter as he travelled around Ireland to visit the various Capuchin houses. In 1884 Corrigan volunteered for missionary work in the diocese of Allahabad in India. Seemingly a popular cleric, musicians from St. James’s Brass Band played before a large crowd from St. Michan’s Parish who had gathered at North Wall as he left for the Indian subcontinent. Failing health and the harsh climate forced him to return to Ireland just two years later. He remained a member of the Church Street community in Dublin until his death on 6 October 1919. He was buried in Glasnevin Cemetery in Dublin. 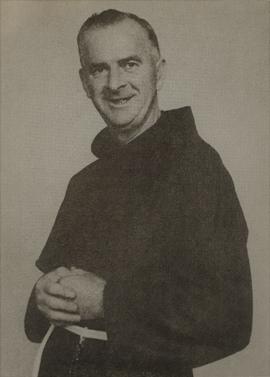 William Coughlan was born in Passage West in County Cork on 20 September 1925. He was received as a Capuchin Franciscan novice at Rochestown Friary in County Cork in October 1944. He was sent for philosophical studies to St. Bonaventure’s Friary in Cork and was solemnly professed as a Capuchin friar in October 1948. He subsequently travelled to Ard Mhuire Friary in County Donegal for his theological studies. He was ordained to the priesthood on 12 June 1952. Shortly afterward, he went to the United States. During his twenty-three years of ministry in America, he spent two years in Ukiah and a further two years in Bend, Oregon. He also served as assistant pastor for four years in Our Lady of Good Counsel in Fort Bragg in California. He subsequently served as Pastor and Superior for three years in St. Joseph’s Parish in Roseburg and seven years at Our Lady of Angels in Hermiston in Oregon. He suffered a heart attack and died in Hermiston on 29 September 1975. He was buried in the cemetery adjoining San Lorenzo Seminary, Santa Inés Mission, in California. 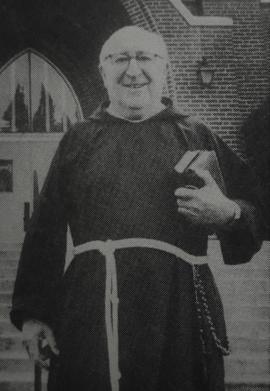 Jeremiah Coughlan was born in Ballydehob in County Cork on 2 May 1908. He joined the Capuchin Franciscans in October 1926 and was ordained to the priesthood on 17 June 1934. He was sent to the United States shortly after his ordination. His first appointment was as assistant pastor in Roseburg, Oregon. In 1936 he was appointed assistant pastor in St. Francis of Assisi Parish in Bend (also in Oregon). He would be transferred to and from Oregon multiple times over his life in ministry. He was pastor of St. Joseph Parish in Roseburg from 1940 to 1947. At Bend he was responsible for the building of a new parish rectory. He also served as chaplain at St. Charles Memorial Hospital in Bend. He remained in Oregon until 1950 when he was appointed associate pastor in St. Lawrence of Brindisi Parish in Los Angeles, California. He was present for the establishment of the new Province of Our Lady of Angels (the Western American Capuchin Province) at Burlingame in California in 1979. He retired from ministry and returned to Ireland in the early 1980s. He died on 6 January 1985 and was buried in the cemetery attached to Rochestown Capuchin Friary in County Cork. 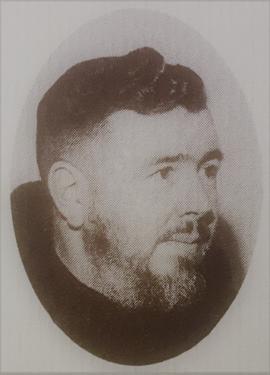 Patrick John Cox was born in Dublin on St. Patrick’s Day (17 March) in 1917. He entered the Capuchin novitiate in Kilkenny in July 1938 and took Xavier as his religious name. He was solemnly professed as a friar in 1942. Soon after his final profession, he volunteered for missionary work in the Prefecture of Victoria Falls in Northern Rhodesia (now Zambia). He left Ireland in late 1943 and undertook the difficult journey to Africa at the height of the Second World War. He arrived in Northern Rhodesia in January 1944. He spent twenty years working at the Sancta Maria mission station in Lukulu in the Western Province of Zambia. He also assisted in the building of a church and adjoining friary at the Saint Martin de Porres mission in Kaoma in 1968. A cancer diagnosis forced him to travel to Cape Town in South Africa to seek medical treatment in the early 1980s. He died in Cape Town on 2 December 1984 and was buried in the Capuchin plot in Maitland Cemetery. 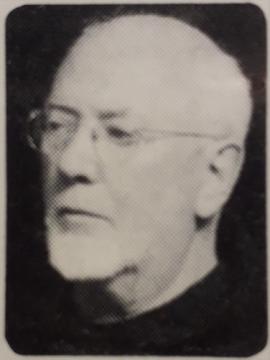 Edward Cregan was born in Shanagolden in County Limerick on 19 October 1894. He was received into the Capuchin Order at Rochestown Friary in County Cork in February 1915 and took Colmcille as his religious name. Four years later he made his solemn profession. He was stationed in Rochestown College for two years before moving to Holy Trinity Friary in Cork city where he was resident for three years. His next appointment (1921) was as sacristan in St. Mary of the Angels on Church Street in Dublin. In 1924 he was sent as a missionary friar to California. Following the death of Fr. Albert Bibby OFM Cap., Pastor of the Santa Inés Mission, in February 1925, Br. Colmcille was sent there to lend assistance. He worked on various improvement projects at the old Franciscan mission. Aside from helping in the church and sacristy, he also designed and planted the boxwood Celtic cross in the mission garden. He returned to Ireland in the early 1930s and spent most of the religious life (forty years) as sacristan with the Church Street Capuchin community in Dublin. He died on 10 December 1979 and was buried in Glasnevin Cemetery in Dublin.